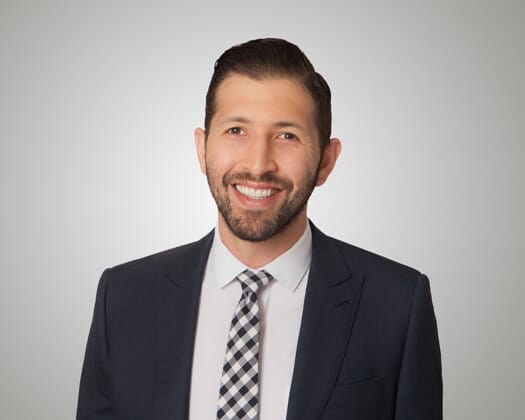 Zalkin Law attorney Alex Zalkin argued before the Court of Appeals that the University should be held liable for “pre-assault” claims which allege that its policies for enforcing Title IX are inadequate. For the first time, a Court of Appeals has ruled that an institution can be held liable for maintaining a campus-wide policy or practice of indifference to sexual harassment and sexual assault claims which, the Court found, creates a “heightened risk” for sexual misconduct that leads a complainant to be harassed or assaulted.

“This ruling gives new hope to victims of campus sexual assault. It now puts all educational institutions on notice that they must have effective policies that ensure a prompt and adequate response to protect students from sexual harassment and sexual assault including making sure that victims are treated fairly, that accusations are investigated immediately, and that victims are offered protections from further harm,” said Alex Zalkin, attorney for the Plaintiffs.

The 2015 Complaint alleged two theories of Title IX liability. First, that UC Berkeley maintained a school-wide policy and practice of indifference to sexual assault claims creating a heightened risk of a sexually hostile environment. And second, that school administrators acted with deliberate indifference to the actual reports of sexual assault by these three plaintiffs and failed to take interim measures to protect them from being vulnerable to potential ongoing sexual harassment by their perpetrators. The Ninth Circuit did uphold the dismissal of the post reporting deliberate indifference allegations (although it made clear its concern over the school’s response) but reversed and remanded on the policy-based theory (what is referred to as the pre-assault claims).

The Court found persuasive the Tenth Circuit’s opinion in Simpson v. The University of Colorado Boulder, 500 F.3d 1170 (10th Cir. 2007). That case involved a policy of indifference within the school’s football program. In this case, the University argued that the distinction between Simpson and the Plaintiffs’ claims is that the former involved a specific program, whereas the Plaintiffs here were asking the court to apply the theory to the entire school, which the University argued was inconsistent with the ruling in Simpson. The Ninth Circuit did not find that distinction persuasive. This is the first time the Ninth Circuit has addressed this issue and only the second circuit court of appeal to do so.

The Complaint, in this case, alleges that a State of California audit found a history of Title IX violations by the University, including that University officials were using an informal process to investigate sexual assault claims. The Complaint also alleges that the University used informal investigations to shield itself from publicly reporting sexual assault crimes on campus which was, and is, required by the Federal Cleary Act. The Complaint further outlines the details of alleged sexual assaults of the three Plaintiff victims, Sophie Karasek, Aryle Butler, and Nicoletta Commins, who were all students at UC Berkeley when they were assaulted. Ms. Karasek was allegedly sexually assaulted by another student during an organized off-campus trip of the Cal Berkeley Democrats Club in February 2012. Ms. Butler was allegedly sexually assaulted on multiple occasions in the summer of 2012 by a guest lecturer at UC Berkeley and faculty member at the Alaska Wildlands Studies Program. Ms. Commins was sexually assaulted by another UC Berkeley student in January 2012 who was later convicted in a criminal court.

The Complaint alleges that all three victims reported these incidents of sexual assault to university authorities who failed to take adequate actions to investigate or protect the women from further harm. As a result of the Ninth Circuit’s ruling, the 2015 Civil Complaint will now be returned to the District Court for the Northern District of California.

For a copy of the ruling see, click here.