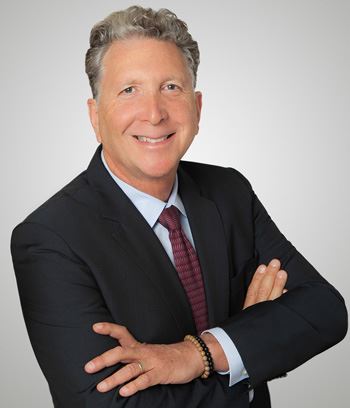 He suggested that women who don’t report their sexual assaults are “part of the problem.”

Carlson’s comments on sexual assault reports bring to attention another large issue with the attitudes and dismissals related to rape culture. Rape cases simply don’t get investigated or are put on the backburner compared to other crimes. Evidencing neglect shown to rape victims by law enforcement is the massive number of rape kits that are not even tested to determine whether a DNA match exists with known offenders on state and federal databases.

As reflected in a 2015 article from USA Today, journalists gathered data from 1000-plus police agencies in a detailed nationwide inventory of untested rape kits and concluded that there were 70,000 neglected kits.

One of those victims is Heather Marlowe, a client the Zalkin Law Firm has represented since 2016.

Marlowe was drugged and raped during the famous San Francisco Bay to Breakers race nearly eight years ago in April 2010. After waking up in an unfamiliar home and realizing she had been raped, she went to a hospital and underwent an hours-long, invasive medical exam, known as a rape kit, to be collected for crime lab testing.

For months Marlowe never heard back the results from her rape kit, leaving her in a state of limbo about her attack.

On December 14, 2010, approximately seven months after undergoing her rape kit examination and long after the 60-day time frame she was promised for obtaining the results, Marlowe contacted the San Francisco Police Department for an update on the processing of her rape kit. The SFPD informed her that neither her rape kit nor the suspect’s DNA had been processed and was told to check in again in six months.

In May 2011, Marlowe contacted the SFPD again for an update and this time was told there was a backlog at the forensic lab of “more important crimes.”

On August 28, 2012, Marlowe again went to the SFPD for an update on her rape kit and was told that, due to the length of time since her rape, her case was considered “inactive” and her file had been placed in a storage facility.

Marlowe was also told that because she was a woman who weighs less than men and has menstruations, she should not have been out partying with the rest of the city on the night she was drugged, kidnapped and forcibly raped.

In October, approximately two years after her rape, the SFPD finally informed Marlowe that her rape kit was tested and had been placed in their DNA database.

However, despite its public representation that the SFPD had tested all rape kits in its possession, the police admitted that several thousand rape kits in its possession remained untested. After media investigation revealed that the SFPD had misrepresented the facts and that hundreds, if not thousands, of rape kits, had not been tested and even those that were tested may have been tainted by irregularities and problems with the police lab, Marlowe filed a lawsuit against the city on January 7, 2016, alleging the Police Department denied her equal protection by not adequately investigating her case and failing to test her rape kit.

Indeed, in her case, she learned that there were insufficient markers obtained by the lab to make a match on the DNA database of known offenders. Police heavily discouraged her from proceeding, and her attacker has not been publicly identified or arrested.

Not reporting sexual assault is typical, and it’s the reality in most cases of sexual assault and rape. Part of this is the result of sexual assault victims fearing the repercussions of speaking out, not to mention the difficulty of potentially reliving a traumatic event in the course of an investigation.

According to statistics from the Rape, Abuse, and Incest National Network, out of every 1,000 rapes, 994 rapists will walk free. Out of those 1,000 rapes, 310 are reported to police, 57 reports lead to arrest, 11 cases get referred to prosecutors, seven cases will lead to a felony conviction and six rapists will be incarcerated.

Fewer than half of the violent crimes in the US are reported, and fewer than half of those are cleared by police, according to a Pew Research Center report. Time and time again police have ignored rape allegations and failed to test rape kits as evidenced by the thousands of numbers.

Unlike Tucker Carlson's suggestion on his show, along with many others who share similar attitudes, simply reporting a sexual assault isn’t as simple as it sounds.

This climate of ignoring and overlooking rape victims and survivors of sexual assault is not only seen on Fox News, it is interwoven throughout the frameworks of police forces and society itself.