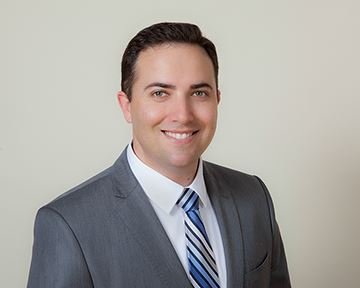 At the Zalkin Law Firm, we represent victims of childhood sexual abuse, sexual harassment, campus sexual assault, and those who have suffered other personal injuries. While childhood sexual abuse dominates the headlines, there is a disturbing trend in schools across the country where children with disabilities such as Autism, are being subjected to abuse and mistreatment. And unfortunately, parents have few options but the legal system to seek justice or restitution for these cases of physical and mental abuse of their children.

In Georgia, a thirteen-year-old boy, diagnosed with attention deficit hyperactivity disorder, is confined to an eight by eight-foot sized room containing only a small window covered by a metal grate. Over a twenty-nine day period, he is secluded there nineteen times at an average of ninety-four minutes a visit. The last time, he can be heard screaming and hitting the door for the first fifteen minutes until, eventually, silence. Sometime later the door is opened to reveal he committed suicide.

Unfortunately, this tragedy in Georgia is not an anomaly. In Florida, a child diagnosed with Cornelia de Lange Syndrome, a disability affecting physical and mental development, is restrained eighty-nine times over fourteen months. His special needs are exacerbated by his trauma, keeping him from effectively communicating his pain to his parents. His regressive behaviors eventually lead to admission to a psychiatric facility and a diagnosis of Post-Traumatic Stress Disorder. In Connecticut, children with various disabilities are secluded in what parents deem “scream closets” requiring urine to be cleaned off floors and blood to be cleaned off concrete walls where several children repeatedly banged their heads. In Arizona, a second grader is restrained with duct tape for sharpening her pencil too frequently. In Kentucky, a nine-year-old with autism is restrained in a duffel bag as punishment. In Minnesota, an eight-year-old girl with special needs is secluded forty-four times in a year. In New York, a teenager with disabilities dies after being restrained facedown by at least four adults for allegedly failing to leave a basketball court.

While each incident described above is unquestionably concerning, they are perhaps more so when considered with the following: each happened while the child was at school. Unfortunately, restraint and seclusion are alarmingly prevalent in school districts throughout the United States as a means to educate children with special needs. Also troubling is the current state of the law not only presents little opportunity for recourse to their families, but little incentive to school districts to fix their existing policies and procedures.

Congress highlights this issue in a February 2014 report drafted by the United States Senate Health, Education, Labor, and Pensions Committee (HELP) entitled Dangerous Use of Seclusion and Restraints in Schools Remains Widespread and Difficult to Remedy: A Review of Ten Cases. The statistics cited in the report are staggering. Despite no evidence that physical restraint or seclusion of children provides any educational or therapeutic benefit, the United States Department of Education cited at least 66,000 documented incidents during the 2009-2010 school year. The report estimates these numbers to be inaccurate and low due to rampant under-reporting of such incidents in schools and considering 15% of school districts failed to report any data whatsoever. Further, several of the most populated school districts, including Los Angeles and New York, suspiciously reported no incidents of seclusion or restraint.

Further, the harm to children subjected to these techniques is palpable. The Senate Report references studies by various child advocacy agencies including the Council for Children with Behavioral Disorders. The studies indicate that even when the child suffers no physical injury, they remain severely traumatized. Effects include nightmares, anxiety, mistrust of adults, anger, depression, delusion, and Post-Traumatic Stress Disorder.

Despite the undeniable injury, the current state of the law presents several challenges to parents seeking relief. Only eighteen states currently require parents to be notified of restraints or seclusions. Once parents do find out, obtaining concrete information proves very difficult. Per the report, teachers often closely follow a code of silence regarding any investigation into these abuses. Incidents are sometimes not even included in the individualized education plan (IEP) reports. School districts regularly refuse to provide documents that otherwise end up destroyed or missing. Teaching aids and other witnesses refuse to come forward for fear of professional retribution.

Further, while federal laws restrict the use of restraint and seclusion in juvenile justice facilities and mental health facilities, no such federal laws specifically prohibit this conduct in schools. This legal uncertainty makes relief through the courts often difficult, even requiring some cases to meet the very high and subjective standard that the school district's conduct shocks the conscience. This standard often proves insurmountable and such cases are frequently dismissed before trial. Further, claims can be barred altogether should parents fail to first exhaust all administrative remedies as required under the Individuals with Disabilities Act (IDEA) prior to filing a civil action. This leaves parents with few options; unwilling to continue to subject their child to traumatic abuse but unable to pay for private specialized education.

The Senate Report reaches several conclusions in an attempt to pass comprehensive federal legislation regarding restraint and seclusion in schools. First, the use of restraints must be limited to emergency situations only. Second, accurate data regarding the use of seclusion and restraint must be collected and reported to local, state, and federal agencies annually. Third, all teachers and administrators must receive specialized training in alternate methods of preventative programming and positive interactions. Fourth, any incident must be documented and reported to parents within twenty-four hours. Fifth, seclusion or restraint should never be listed as an acceptable tool as part of an IEP. Lastly, the requirement that parents exhaust administrative remedies under IDEA prior to seeking civil relief should end. These recommendations appear to be appropriate steps to begin suitably addressing this issue.

The silence of the thirteen-year-old boy from Georgia reverberates throughout our education and legal systems. The same silence exists when teachers follow the all too known code of silence while such allegations are investigated. It permeates when parents are not informed the day their child has been strapped to the floor or left alone in a cell-like room for hours. It grows when school districts refuse to provide records of such conduct to parents simply seeking information about their child. It is perhaps never louder than a child desperately trying to tell their parent of the abuse, but being unable to do so due to overwhelming trauma or limited cognitive functioning.

It is time for Congress to act and end its silence to ensure our children, especially those with special needs, are never exposed to such callous abuses again.